The 60s is a period of lavishness that took a liking to fashion and body care. At that time, there had to be plenty of everything everywhere, and this related not only to homes but also to women’s heads. Every female’s goal was to feel divine. This kind of approach was mostly reflected by the hairstyles they used to wear. Large combs for backcombing and massive amounts of hairsprays were the must-have gadgets in that decade. Has anything from these trends left nowadays? 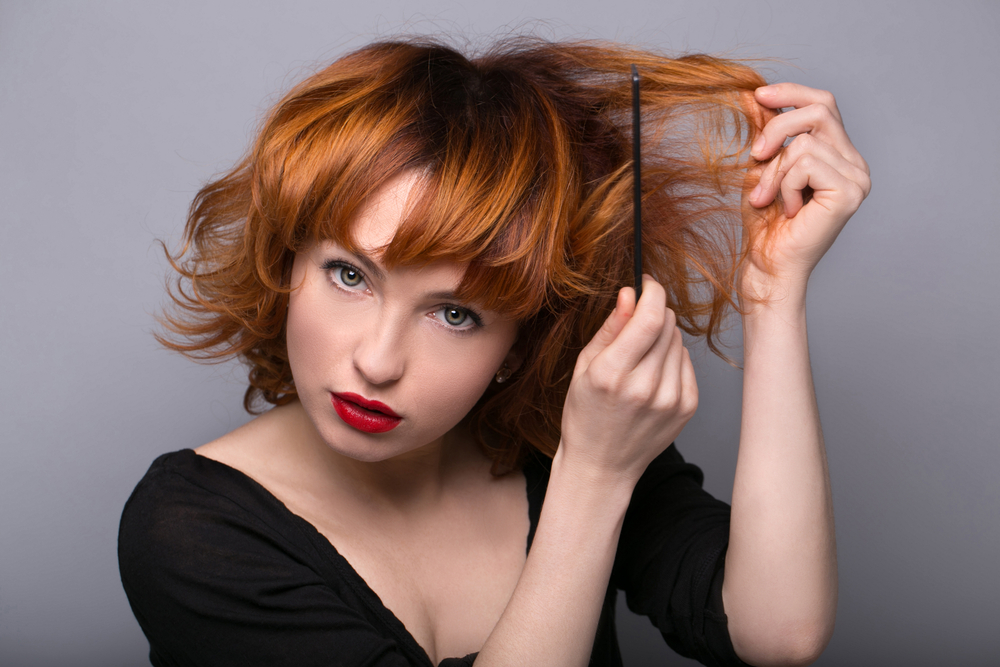 Backcombing isn’t passé at all! The full-of-volume hairdo trend is still on, although its form has changed a little bit from the 60s. Back then, backcombing was rather chaotic, and the hair looked as if it had been tangled and ragged. Today, backcombing is done in moderation, which is why hairdos look way natural.

The History of Backcombing

The voluminous hair was beloved by celebrities that were on the top in the 60s. The stars with huge, backcombed manes were Catherine Deneuve, Brigitte Bardot, Jane Fonda and Dolly Parton. Although the very stars inspired the present-day backcombing, currently it’s hard to find such big and dense hairdos on our streets. Back then, such a hairstyle was everywhere. Every woman wanted to look like the TV celebrities, so the females were spending hours in front of the mirrors backcombing their hair.

These full of splendour and sex-appeal hairdos served well in a large majority of cases. This a little bit jaunty and nasty backcombing could also be found in a more ordered version. More tamed backcombed hairdos found their way into the political world, too. The real master of backcombing was the style icon, Jackie Kennedy.

How to Backcomb Hair?

Today, it’s rather rare to spot a hairdo backcombed in a way it used to be in the 60s. In everyday life, these are natural hairstyles that most women choose to wear on their heads. The real backcombed hair is seen on the runways or on the red carpet; it has disappeared from the streets. In fact, even the red carpet hairdos differ from the original ones that ruled throughout the 60s. All in all, backcombing is still applied, yet at a lower degree.

What do you need to backcomb hair? Obviously, the proper hair styling items without which setting a voluminous hairdo wouldn’t be possible. So, if you would like to improve the volume of your hair, reach for a comb and a strong hold hairspray.

Definitely, the great news is that each type of hair can be backcombed, no matter of its length or condition. The only issue worth realising is that you don’t have to backcomb all the hair you have, you can select just a few strands for the procedure. It all depends on the final effect you want to achieve. In short, take a strand and separate it from the hair. Pull it a little bit, so it creates a straight line, take a comb, slot it into the strand and start moving the item towards the head. Thanks to this motion, the strand gains the looked-for volume. Naturally, the obtained effect of backcombed hair will remain untouched longer if you spray the entire hairdo (especially the roots) with the strong hold hairspray.